The Story Behind Some Iconic Automobile Logos 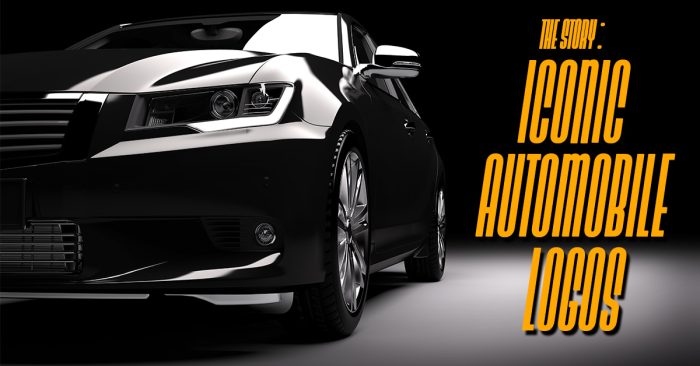 The Story Behind Some Iconic Automobile Logos

Automobiles are often identified by the shapes, sizes, colors and images that are featured in their logos. Logos are created to say a lot in a little space and can even help cut through language barriers. Some of these logos come with elaborate stories, others are straight-forward.

There’s often more to them than we may realize. Here is a look at some iconic automobile manufacturer logos and the stories and meaning behind them.

The simple script Ford logo with a blue background contained in an oval has remained essentially the same since 1912. It was created by engineer/designer Childe Harold Wills, who was a friend of Ford’s. He borrowed the font from his own business cards. People often ask what is the meaning of the small “e” formed at the top of the capital “F” in Ford. It is simply just part of the original calligraphy and has no special meaning. In spite of persistent stories, it is not Henry Ford’s signature either.

The origin of the famous Chevrolet “bowtie” logo is said to come from the co-founder himself, William C. Durant. He was a world traveler and later said he first saw the design repeated on some wallpaper in a Paris hotel in about 1908. He tore off a piece of the wallpaper, saving it for use in 1913 as part of the Chevrolet logo.

The simple, yet elegant three-pointed star in a circle used by Mercedes-Benz for over a century was brought to the company by sons of one of its original principals, Adolf and Paul Daimler. The star is said to represent their goal of world motorization domination when it came to land, sea and air. The logo continues to represent excellence in engineering.

No matter the logo on the car you drive, you could be paying more than necessary for your automobile insurance. This possibility increases the longer you have had your current insurance without comparing pricing. We can help. Our independent auto insurance agents are qualified and capable of comparing rates from multiple companies. Comparing your current rates with those of companies within our large network, we could save you significantly. Contact us today for your no-obligation automobile insurance quote. It could mean big savings!