Some of the Most Populated Cities in the World 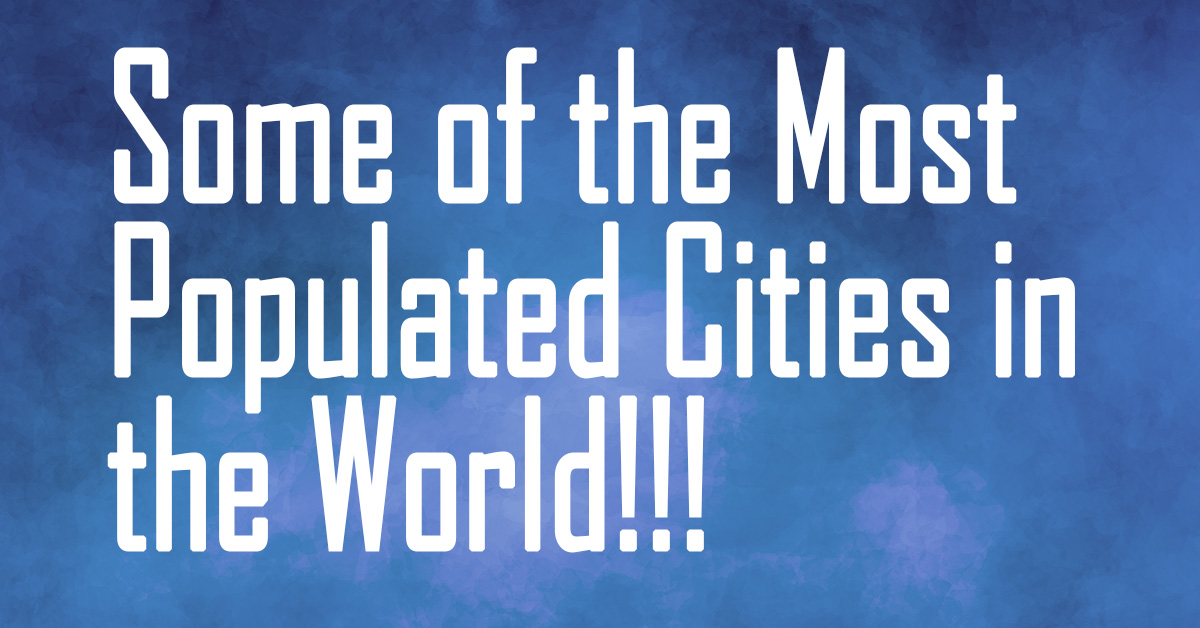 Some of the Most Populated Cities in the World

Most recognize that New York City is the most populated city in the country. Although Chicago is known as “The Second City”, it is actually the third most populated behind Los Angeles. The rest of the top 8 includes some surprises, like Houston at #4, Phoenix at #5, Philadelphia #6, San Diego at #7 and San Antonio at #8.

What about elsewhere on the planet? There are likely some very large cities you may not have even heard of.

In Russia, for example, Moscow tops the list at about 12.5 million people, followed by St. Petersburg at just less than half of that. The city of Novosibirsk is next at 1.6 million, with Yekaterinburg at 1.5 million.

What is the largest city in Egypt? If you guessed Cairo, you got it. Cairo is home to over 20 million people. It is followed by Alexandria at 4.5 million, Giza at 3.6 million and Shubra-El at 1.1 million.

Although much smaller, it is likely you could name the three largest cities in Canada more easily, with Toronto at 2.7 million, Montreal at 1.7 million and Calgary at 1.2 million. There are an amazing 8 cities in China with over 15 million people each, including Shanghai (34 million), followed by Guangzhou, Beijing, Shenzhen, Wuhan, Chengdu, Chongqing and Tianjin at 15.4 million. All combined, about a quarter of a BILLION people live in the 14 largest cities in China.

It may not be surprising that, in spite of their size, you may not have heard of some of these places. It works a bit like that in the insurance industry. There are plenty of large, well-respected and highly reputable insurance companies you may not have heard of either. These companies are often represented by independent insurance agents like ours. When you contact us for a life, auto, home or business insurance quote, you are opening your options to a whole new world of choices and opportunities. You may also be able to save significantly on your insurance premiums. Looking for an insurance review or price quotes? Want to consider more of your available options? Contact us. We look forward to assisting you.